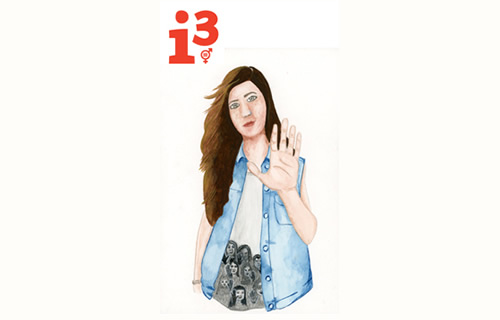 On the occasion of the celebration of the International Day for the Elimination of Violence against Women, the Directorate for Equality of the University de Basque Country (UPV/EHU) organized a conference to raise awareness of this serious social problem. Among several activities, the UPV/EHU’s Protocol Against Gender Violence was presented.

Violence against women and girls is one of the most widespread, persistent and devastating human rights violations in the world today. The silence and impunity enjoyed by the perpetrators deepens the stigmatization and shame suffered by the victims.
The COVID-19 pandemic has only intensified violence against women and girls, especially at home. Health services and essential shelter and hotlines have been overwhelmed by this problem, which is an indicator that the fight against this violence must be a priority throughout the world.
In this conference several activities were presented, such as the UPV/EHU’s Protocol Against Gender Violence, which was approved by the Governing Council on 7 June 2018. Its purpose is to identify the mechanisms that allow addressing gender violence that takes place in any physical and virtual space of the university, making it known annually on all campuses. The protocol has turned out to be a vital and unbeatable instrument to deal with violent and unacceptable behaviors in the university space and outside; that concerns anyone who is part of the university community (students, academics, staff) or works in the university environment (subcontracted companies).
The protocol procedure allows the affected person to be welcomed and listened to with respect and confidentiality, to seek a professional accompaniment service that avoids re-victimization, and to act with diligence and speed in relation to the precautionary measures to be adopted to protect the victim. The procedure is guaranteed and impartial for the parties involved. In any case, it ends with a report recommending the appropriate and proportional measures for the protection and restitution of the affected party.
The Protocol Against Gender Violence has been applied in more than 60 cases and it obtained the Menina Award 2020, granted by the Spanish Government Delegation in the Basque Country.